Ibex Expeditions
Since 1979 people have entrusted their dreams with us. Ibex has been a leader in adventure travel, off-the-beaten-path holidays, wildlife safaris, special interest vacations and deluxe escorted journeys in luxury hotels & camps or quaint lodges. Our endeavour is ensure that our trips benefit the environment and communities. We welcome each one to our Incredible India!

Madagascar: It's Good for the Morale

Posted by Ibex Expeditions at 11:46 No comments:

Crayola and the Community 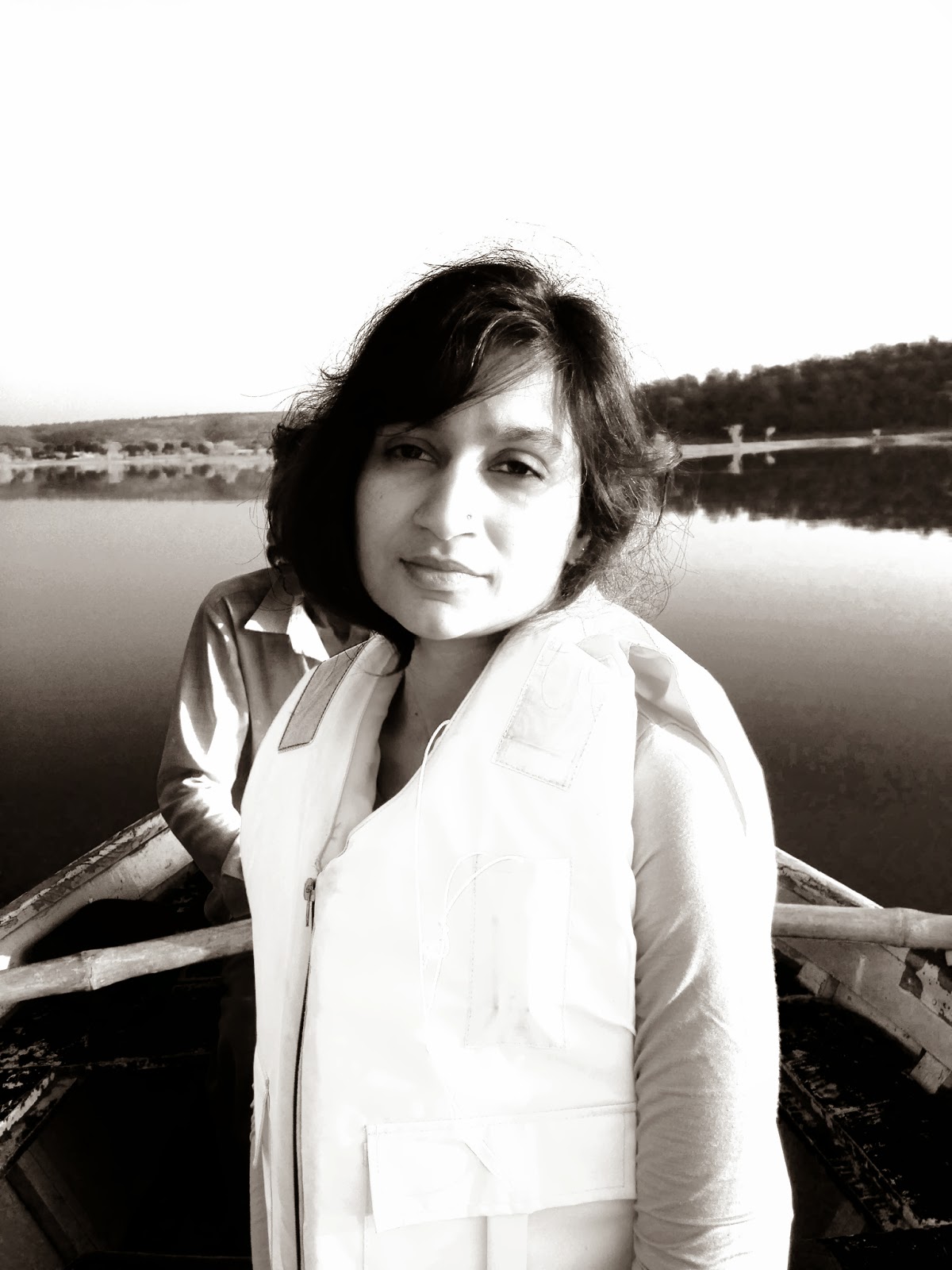 Pack for a Purpose has not only reformed the physical infrastructure for education, in the case of Ramathra, but the entire mood with which children approach schooling. 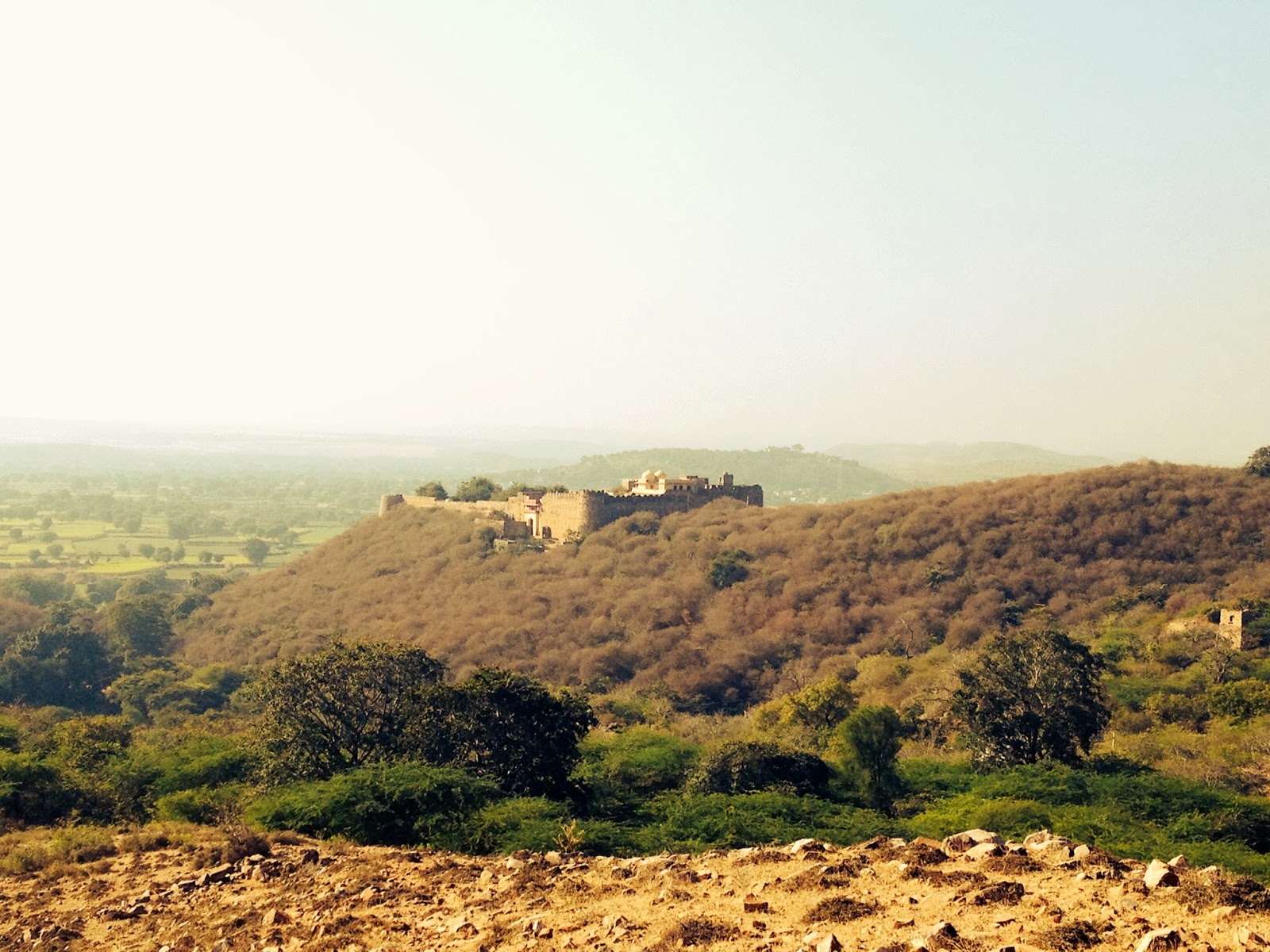 We walked through the village in Ramathra, where life had begun hours before. The mustard fields had been watered, breakfast eaten and lunch on its way, and children bicycling and playing hopscotch. 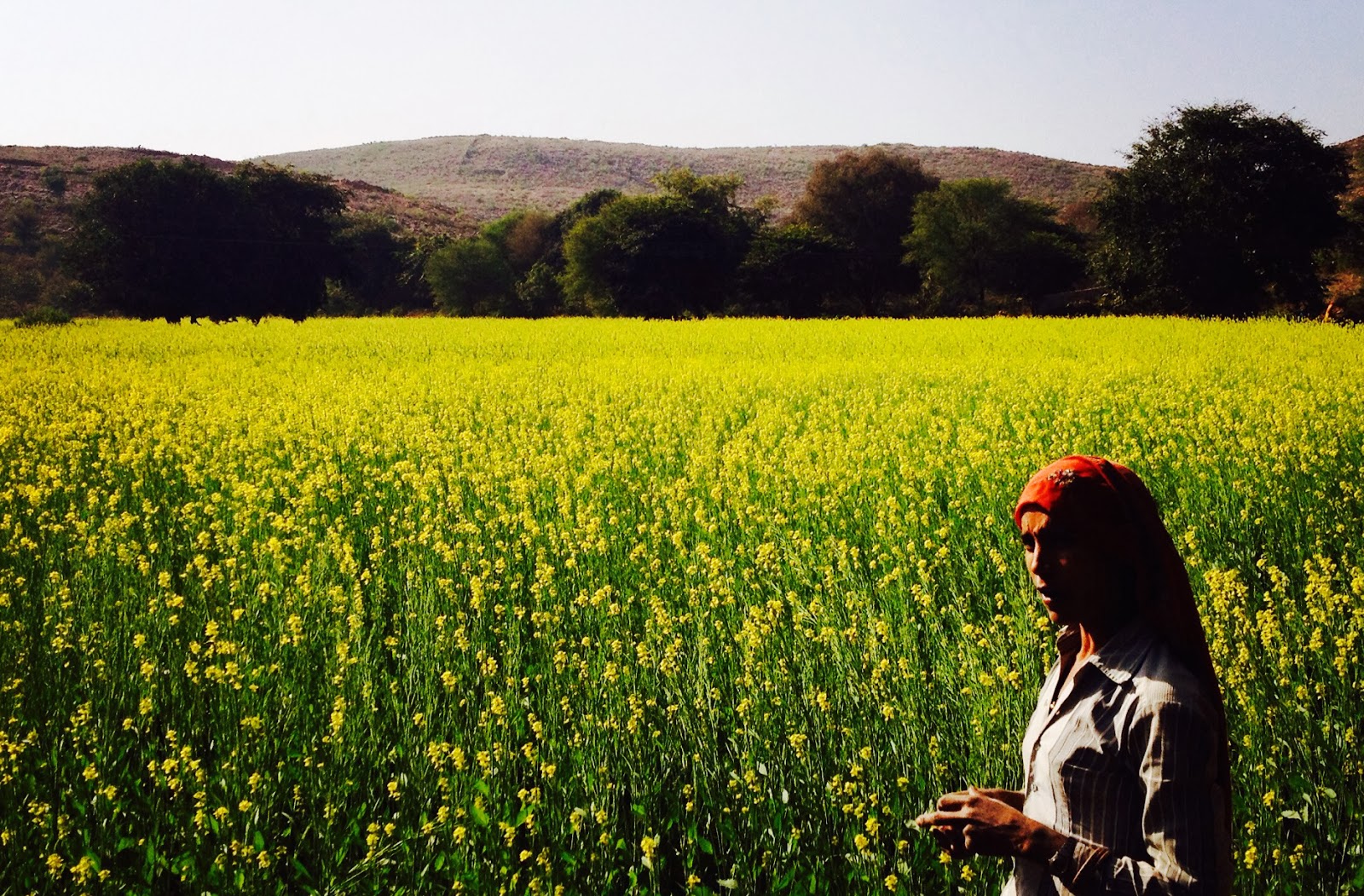 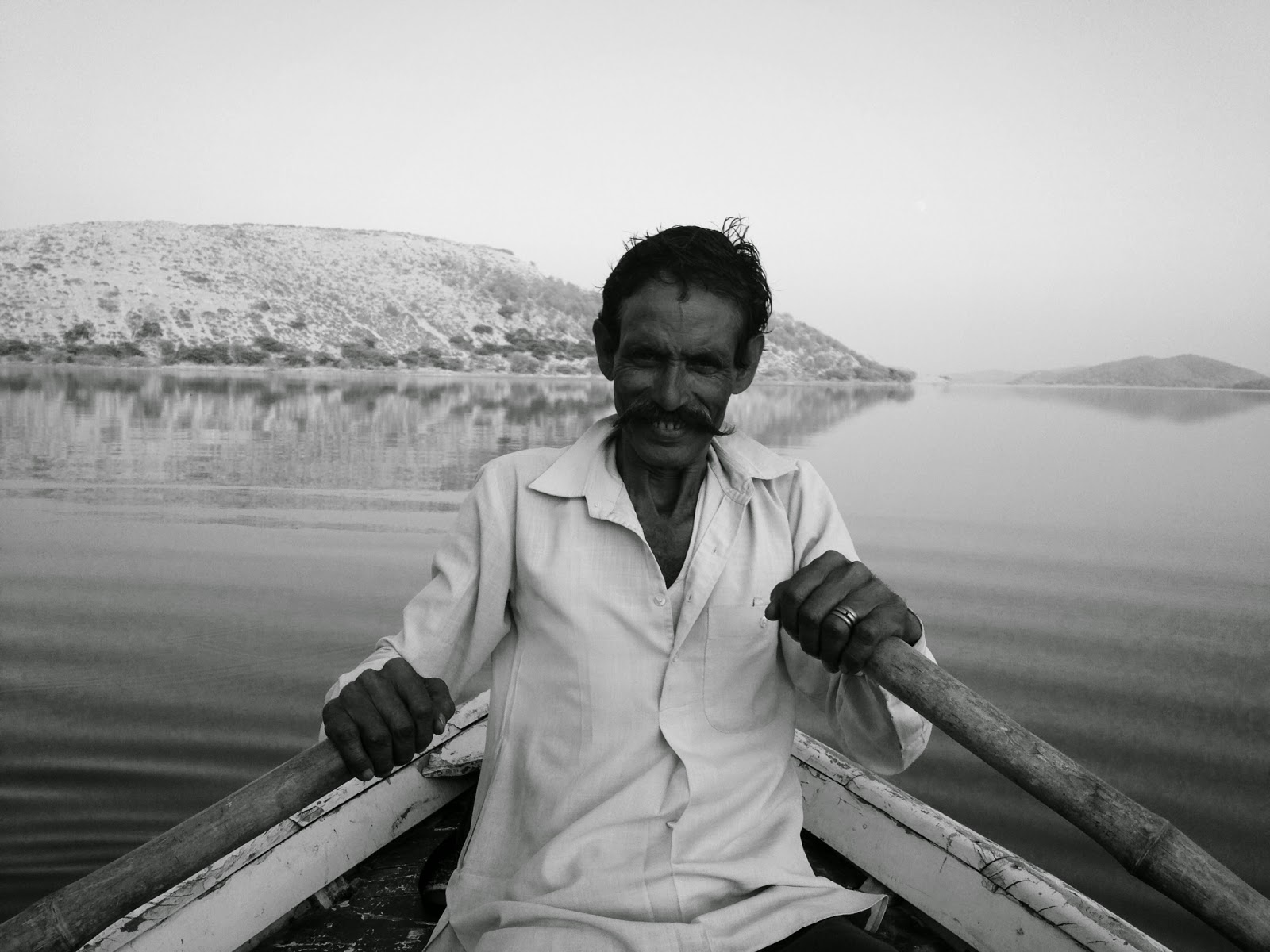 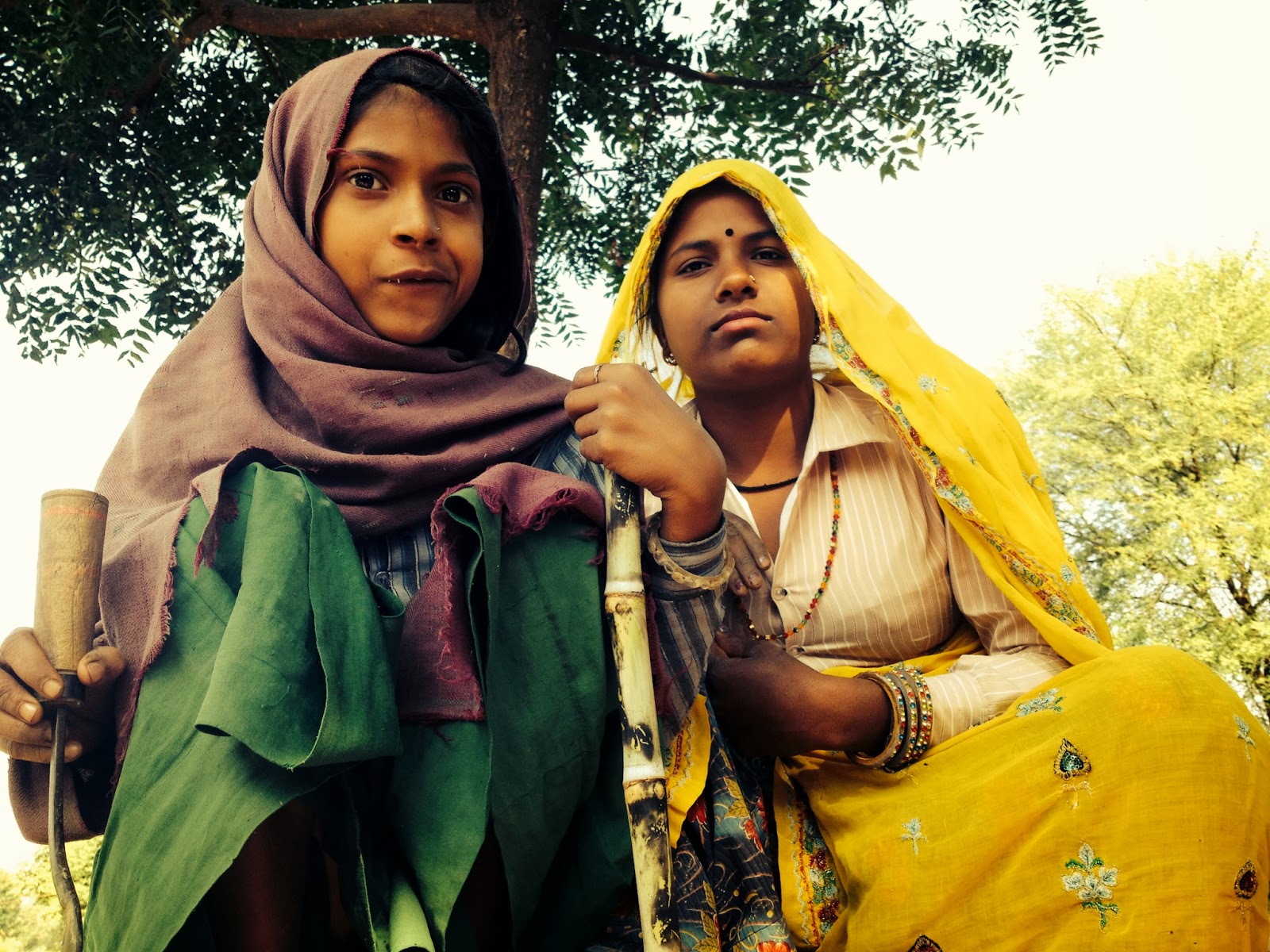 It was a Saturday and the schools were closed so that the children could study for tests on Monday. They came to school to receive the donation, however, not having done very much work in the morning. We could tell by their giggles, their mischievous smiles, and the dust on their dresses. 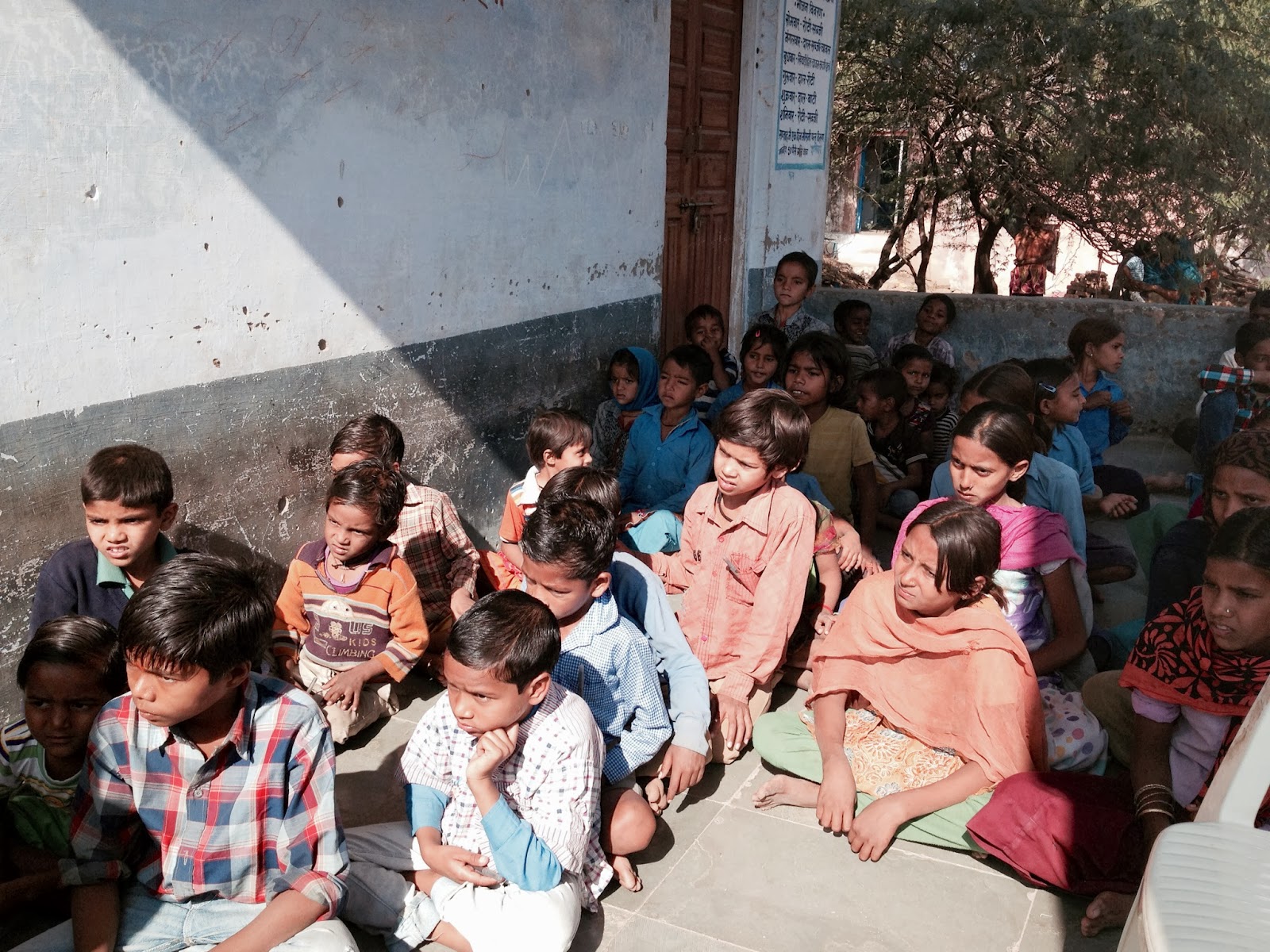 I talked to them about the importance of hard work, and how they must do that themselves, and that these materials would be given to them as instruments that will enhance this process. We gave a pencil and a pen to each child to begin this journey and asked them to use the paints and coloured pencils wisely, to make art to depict both their landscape and their feelings. A few girls immediately came up to me having scribbled little patterns on a piece of paper, as a thanks. They ran off, promising to study and we left the remaining boxes with the headmaster of the school, who was deeply thankful for the change in learning and motivation that we had facilitated. 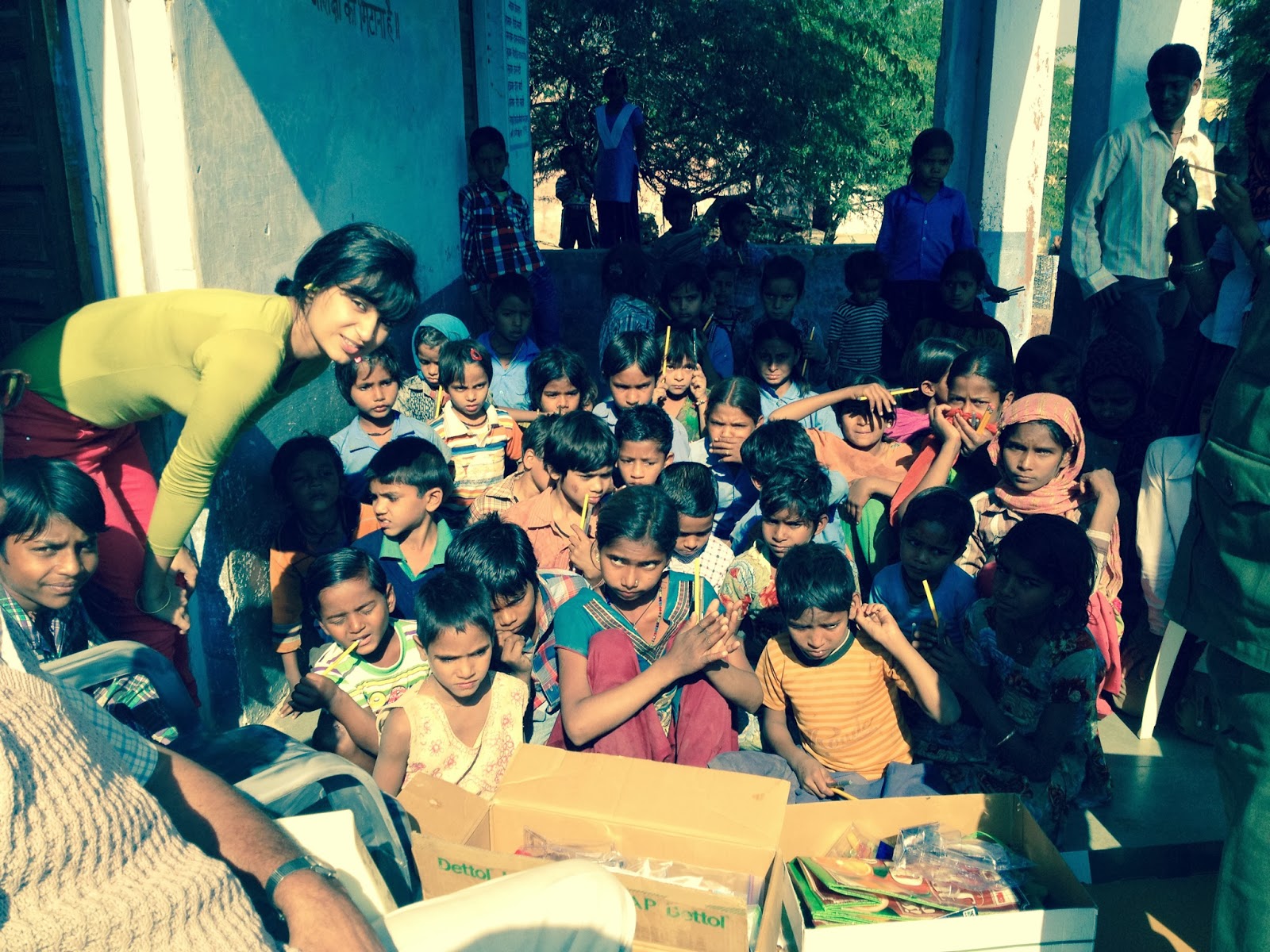 Ibex's guests that Pack for a Purpose have already made their mark around India. The children have never laid eyes upon stationary such as what these not-just-tourists have brought with them. They will not only be of visual and aural aid in the learning process, but encourage other mediums of communication and learning. 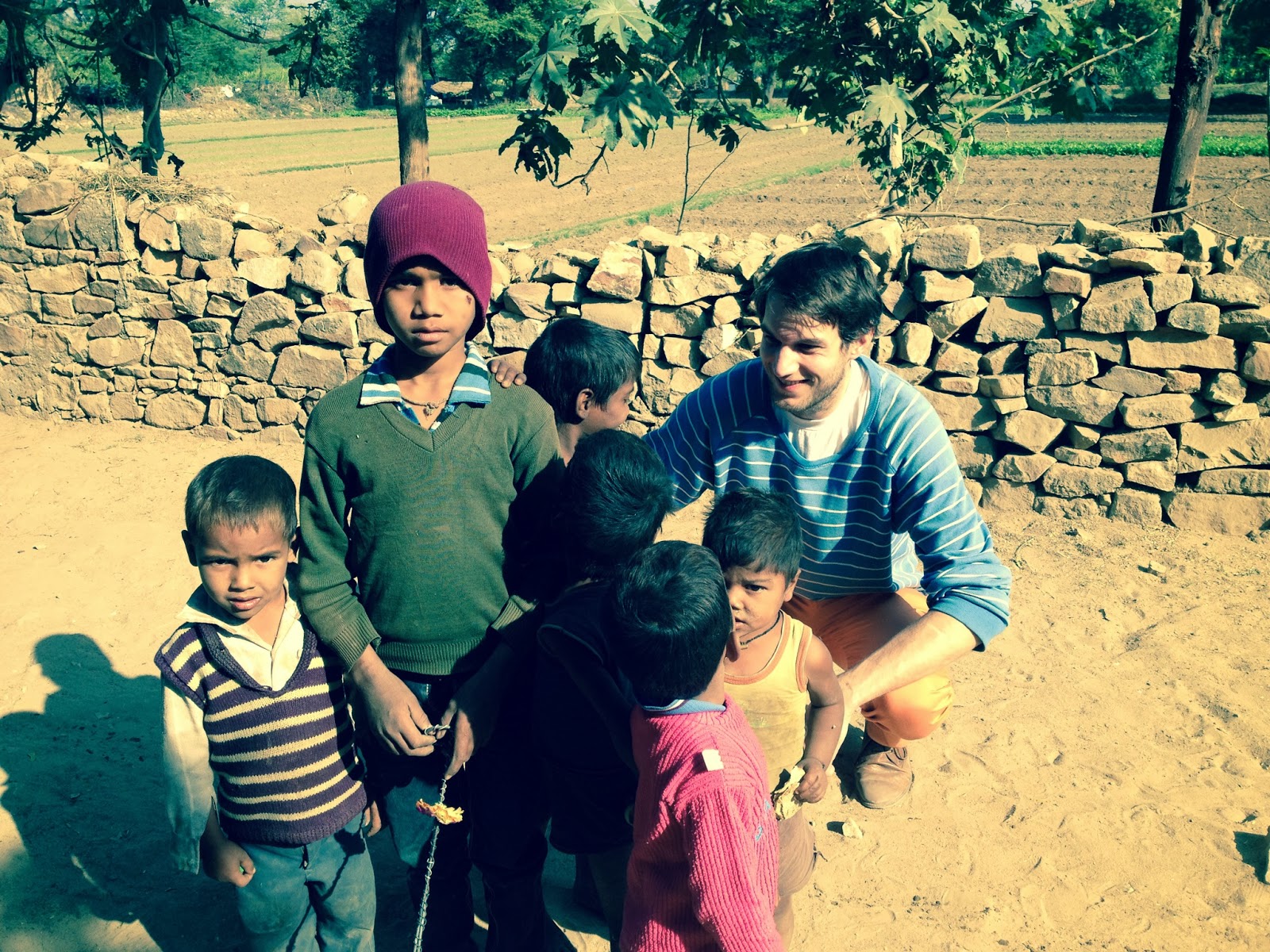 When we visit the next time, we hope to see not only an improvement in skill, but also in using the materials responsibly. And above all, in viewing work as play! 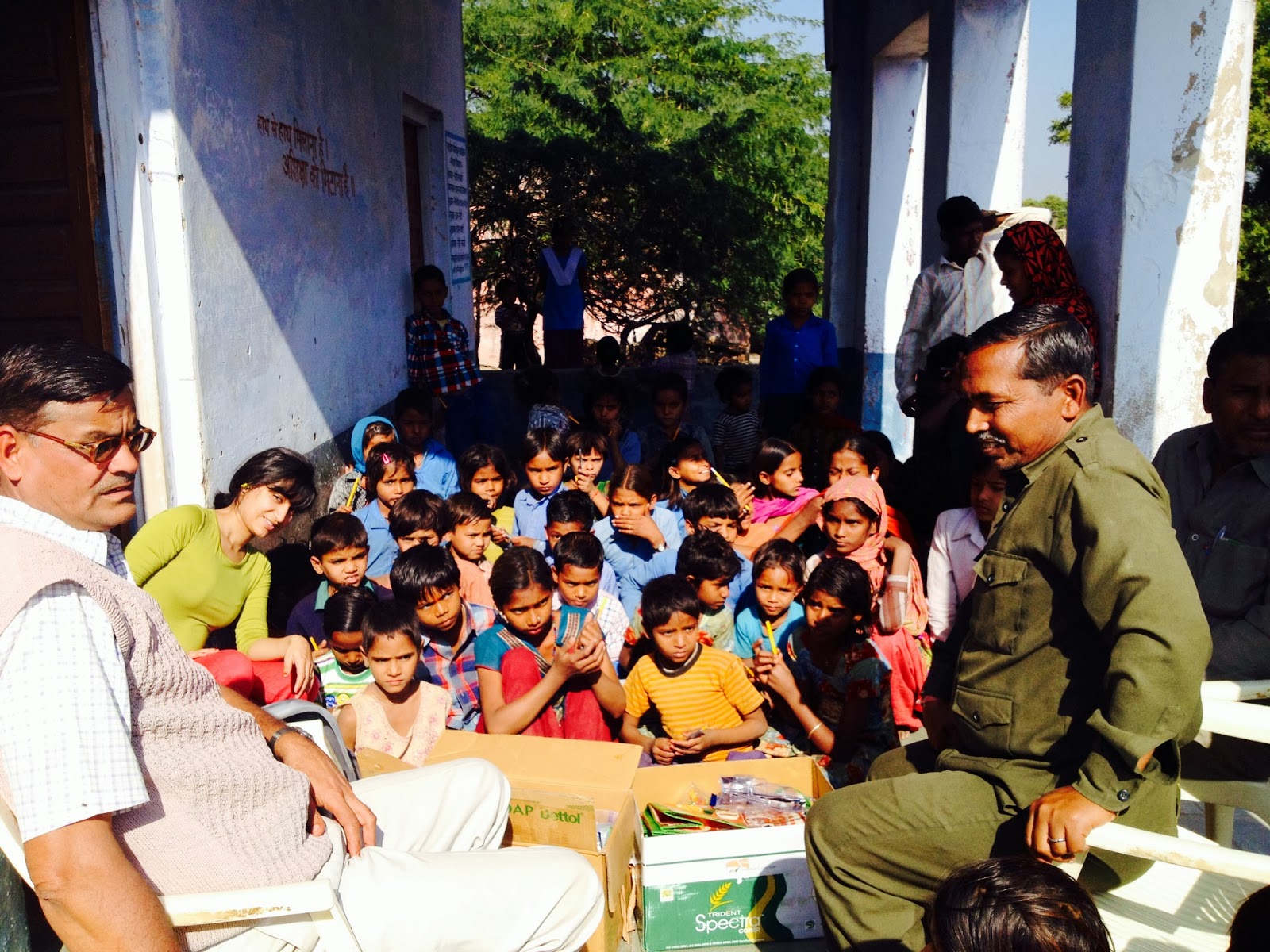 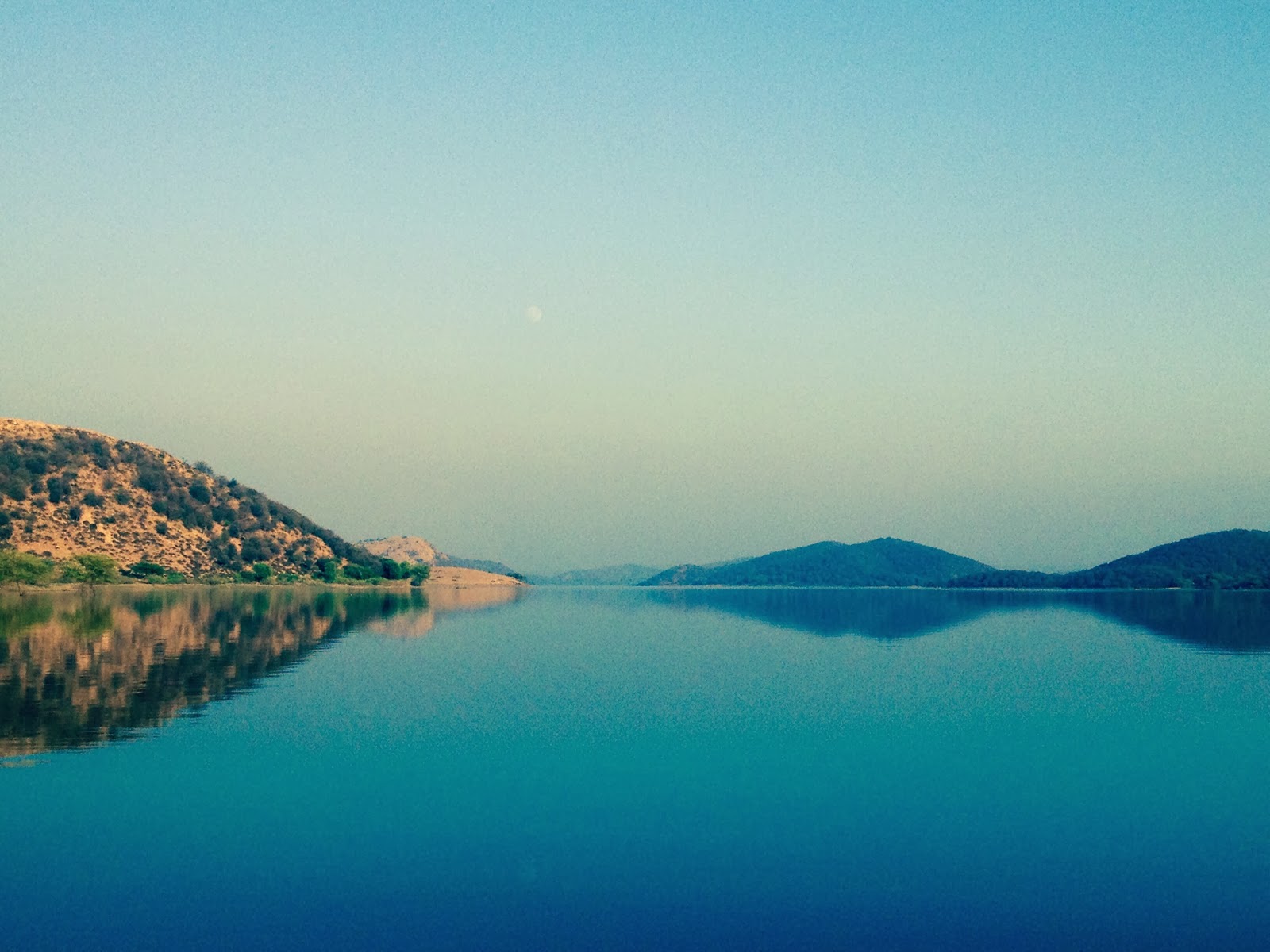 Posted by Ibex Expeditions at 16:43 No comments: 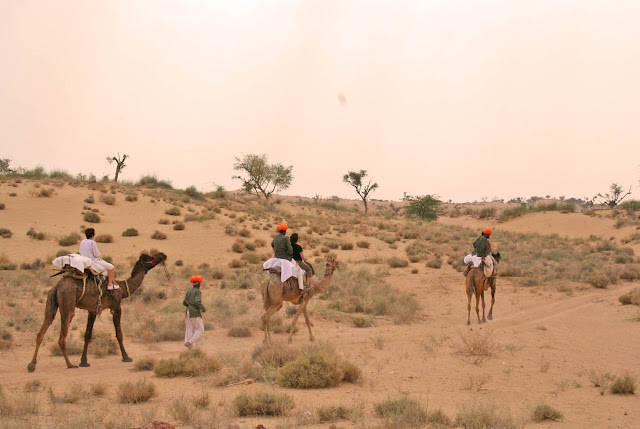 Ibex Expeditions offers horse, elephant, and camel safaris as a means to delve into the inner, more rural parts of Rajasthan.

India Today recently did a feature on these unique tours. Read the article here, and email us at ibex@ibexexpeditions.com to find out more about our safari holidays. 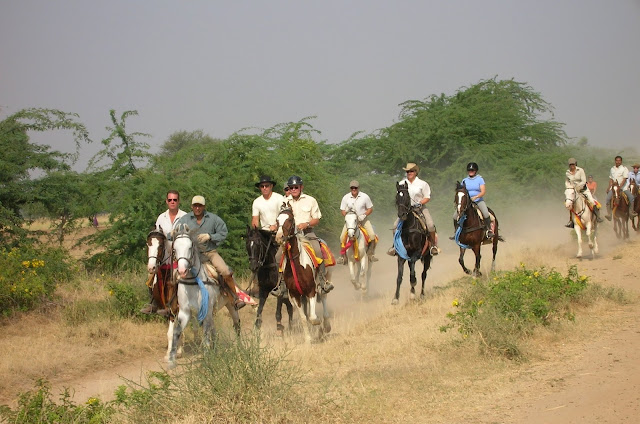 Posted by Ibex Expeditions at 00:00 No comments:

A note by Cara Tejpal on our recent rafting venture down the Zanskar gorge. The trip was organized by Ibex Expeditions and led by Mandip Singh Soin.

Click here to read the full article.
Posted by Ibex Expeditions at 00:00 No comments:

Happy to have been asked to give a presentation to the Chief Secretary and his top brass of Forest & Tourism officials at Bhubaneshwar, Odisha. 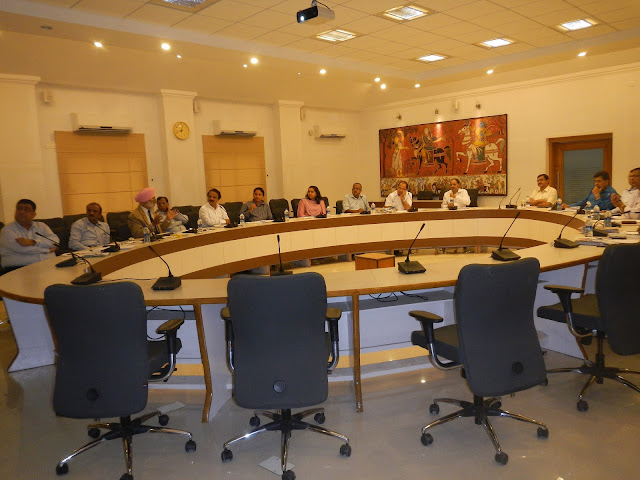 They have just embarked upon making an Ecotourism Board and will roll out initiatives the will help tribal livelihoods and conservation in the ecotourism-wise relatively undiscovered state. 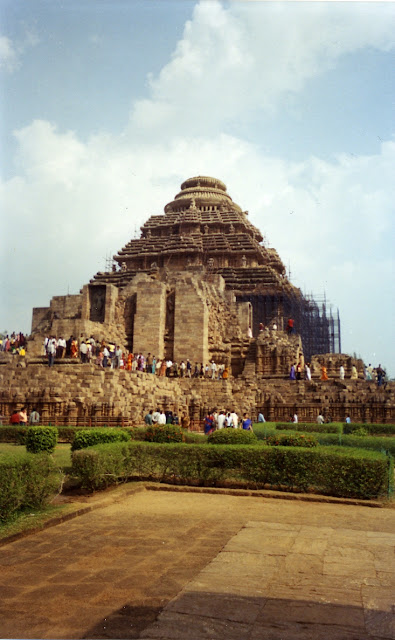 Posted by Ibex Expeditions at 00:00 No comments:

The international rage is unusual sports, but if you like to stick tot eh well tried and tested, here's a guide to the best of outdoor activities round the globe. 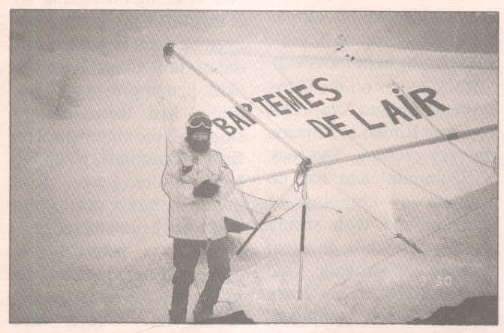 One of the things that grabs you instantly while going through the wilderness in European countries is how so many people get involved with adventure activities, and how every bit of nature seems to be in use - the rivers, hills, seas - and how they still remain clean and clear. 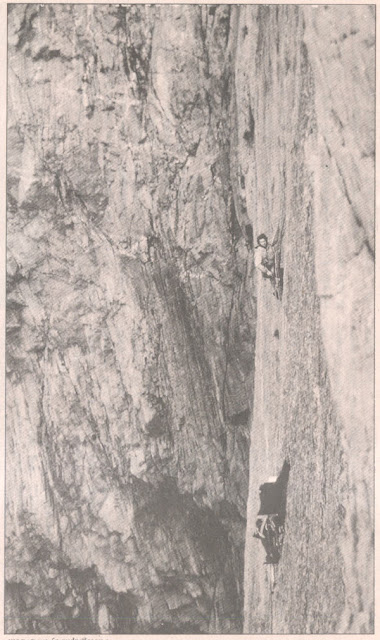 There is little doubt that the mecca for adventure is Chamonix in the French Alps. One of the most lively hill resorts, it sees busy tourist activity throughout the year. Essentially, though it is the adventure-lover who comes to this town which perches under the snow of Mont Blanc. During the winter it is the height of the ice climbing season for mountaineers or 'Alpinists' as they are called, and they take telephriques or hike up to the foot of mountains and choose an icy gully too go up front, pointing with two ice axes and crampons. I remember attempting the famour 'Ceres Gully' on the Mond Blanc du Tacul on a clear winter morning. We took the telephrique from the town to the Aiguille du midi which has a cafe on top, then put on skis and skied down to a snow plateau, and walked along to the base of the Tacul. The hard steep snow gave way to ice. After a few hours of a lovely crisp climb one had to abseil down due to bad weather closing in, of which we had advance information! Had we got stuck on the climb, we would have been whisked off the mountain face by helicopter. rescue is well organized under the 'Peloton' and the 'Gendarmarie', provided you have the insurance, the whirly birds can get you out of awkward situations.

The climbing routes are many on ice and rock stretching from the French to Italian and Swiss Alps. The more popular areas of action are Chamonix Mont Blanc (it lies on the French and Italian border) to the old cobbled-street town of Courmayeur. The normal route on Mont Blanc is fairly straightforward and a handful of Indians have been up too. Incidentally, a month ago, Pope John Paul II was on top!

One of the other areas of high drama is the famous Eiger and Matterhorn in the in the Grindlewald and Zermatt regions of Switzerland respectively. The North faces of Eiger and Matterhorn are always a challenge, whilst for beginners, there are the easier sides of the mountains to ascend.

For the rock climber, there is no pace better than the huge high walls of the Dolomites in Northern Italy or the sea cliffs of Calanfues in the south of France. The famous town of Madonna de Campiglio, a fashionable resort with comfortable hotels and spas, is a take off point for the Brenta part of the Dolomites.

Like the Alps, the Dolomites, which also border with Austria, abound with a large segment of trekkers who go from one 'mountain refuge' to another. These mountain huts are expensive as some of them have both their food and garbage airlifted! A curious system I found in the Dolomites are the 'Bucchette' system where iron rungs have been put into sheer faces of rock and for the non technical climber, the excitement and adrenalin flow is appreciable, as he climbs ladder-like, clipping himself on each rung as he moves up.

Rock routes on the Cima de Brenta, Brenta Alta, Cima Tose, and Bimbo di Monaco are very exciting. The rock is 'Dolomite' and has no problem of chipping or breaking and with steady weather it makes an ideal place to get acrobatic. One of the hard routes on 'Torre di Prati' which I enjoyed, gave a feeling of hanging in space a few thousand feel above the ground. I later got to know it was called 'Route Astronauti'.

A newer activity, quite a logical extension for climbers and sky divers, is 'para penting'. This entails jumping off a mountain top with a parachute. in a lot of these mountain resorts, para penting enthusiasts use ski-lifts to go up to a high point even if it is 2000ft. and they come to the edge of a mountain and take off their knapsack with the large rectangular parachute (rec. parachutes give finer control than the round ones0, allow the chute to catch the air and billow, and then literally walk off the edge to come sailing down gently to the ground. 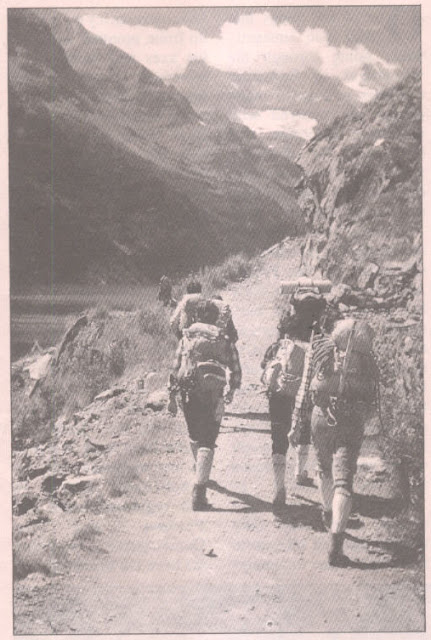 Another sport that was the predecessor of para penting is hang gliding. This again is pursued in the French, Swiss and German valleys, and a lot of hang-glider pilots have now gone into the tourism aspect of hang gliding by strapping in a passenger behind them on the same hang glider. A bit like rafting where the passenger does not require the 'skill' to maneouvre with only the 'dil' to hang on and a promise of a 'thrill' at the end. And an interesting bit is that this hang gliding can be done even in winter, as I did a few times, wearing skiis, hanging on to the hang glider and then literally skiing off the mountain. The first few seconds, when the hang glider keeps nose diving before catching the wind are heart-stopping.

What is probably as popular as trekking and skiing in Europe, USA, Japan and Australia. There are numerous fashionable ski resorts starting from Chamonix in France to Madonna di Campigli in Italy, to St. Moritz in Zermatt in Switzerland and Innsbruck in Austria. Even the Bavarian Alps have several ski towns and so does the UK in the upper reaches of Scotland. Here one may have to be prepared for bad weatehr as an additional adventure ingredient. One builds experience skiing blind in the Cairagorms in Aviemore where it gets foggy as quickly as it is clear, holding temporarily the long queues of enthusiasts.

For this very reason of crowding at ski resorts, people have taken up Lanlauff Skiing (also know as Nordic Skiing) which basically has the person putting on these long, light skis with light weight shoes attached only at the toes to the skis. This allows the person to keep kicking in order to get a push and skiing along any trail that he may choose, generally through forests, enjoying his quiet skiing, silently.

The other extension and amalgamation of the two types of skiing has been 'ski-mountaineer'. Here one uses normal skiis but with a special 'skin' attached under the ski which allows a skiier to walk up a slop as the skin prevents the ski from sliding back. Then, having climbed up a hill, generally in an uncrowded area, the skiier takes off the skin, and enjoys cruising down the virgin snows. One of the most popular routes is the 'Haute Route' or the 'High Level Route' done from Chamonix in France to Zermatt in Switzerland over a period of about 10 days.

It was because of the delight of speeding down the virgn slopes 'off piste' that heli skiing came into being and is particularly popular in USA, Canada and also in the Alips in certain areas. Being very expensive, and generating a fair bit of noise, they naturally go to the remoter areas having no lifts to taste adventure.

Currently in the USA there is a popular offshoot of sky-diving and that is to sky dive, not from a plane, but from a sheer cliff. Most places in the USA are national parks which afford these cliffs, and it is basically illegal but it still finds limbers and parachutists going and jumping off the edge and falling spreadeagled along the rock face for a few thousand feet before pulling the cord and wafting back to safety. 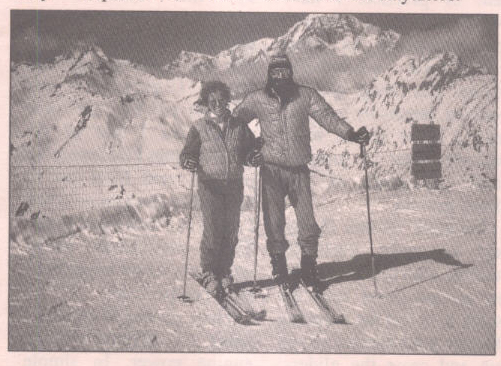 Yet another 'crazy' sport which has also gripped the French is jumping off bridges into the gorge below with an elastic rope tied to their ankles. This has origins in the South American jungles where tribals would jump off a tree with the vines tied to their ankles and bounce back just before they hit the groubd.

Rafting, which was the sport of USA and Canada has got to Europe too and it likely to remain as they hunt for larger rivers and should be a good accompaniment to canoeists and kayakers.
Posted by Ibex Expeditions at 00:00 No comments: